Now we shall move these files to below mentioned new location (In this post, let’s see method two mentioned below):

Method Two:
In this method we shall see how to move files without removing the database from AG.

Steps to perform in sequence:

Suspend data movement for the database which you are working on to all replicas.
Logically move the database files(On all the Replicas).
Stop the SQL Server services. – This step will create an outage for all other databases residing on this instance.
Now move the physical MDF and LDF files to your new location.
Start the SQL service from config manager.
Resume data movement.

Before proceeding any further, I made sure the new path exists on of my  replicas. 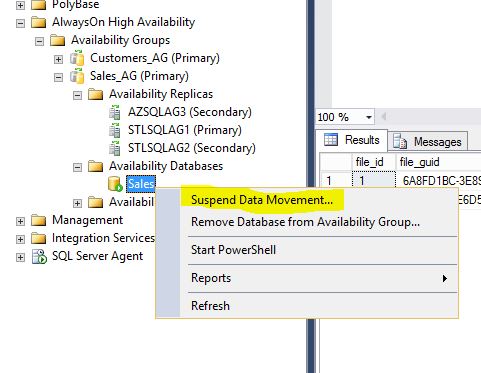 2. Run this on all the replicas. 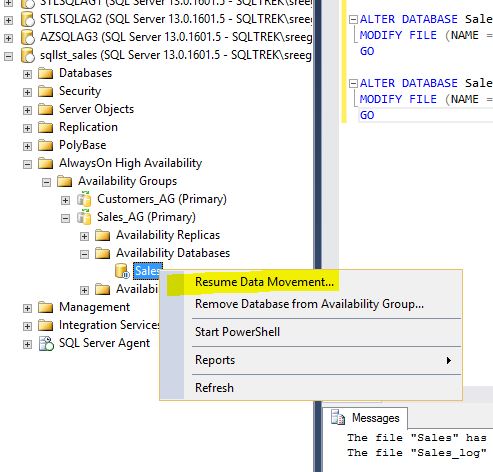 Voila…Now it’s all set as per my requirement.

That is it folks for today! Have fun…

In my lab, I will be creating two AGs and two corresponding listeners.

Now, for Listener two IPs from both subnets have been provided.

Since this is a multi-subnet setup two entries(one from each subnet) will be created in DNS for each listener name as shown below.

That’s about it folks.

Let’s see how to setup an AG(SQL 2016) in a multi subnet cluster(Geo cluster) in a lab environment.

Below is my lab setup:

So, What do we need to be able to setup multiple subnets and routing in a lab environment? Answer is “Routing and Remote Access“. Have that installed by going to Add Roles/Features on your AD/DNS server.

Now right click on RIP and select new interface and select your NIC1 and hit okay and next repeat the same step and select NIC2 this time and click okay. You are done with routing…That’s all you need for routing to work(As long as you got all the IPs and DNS details right). 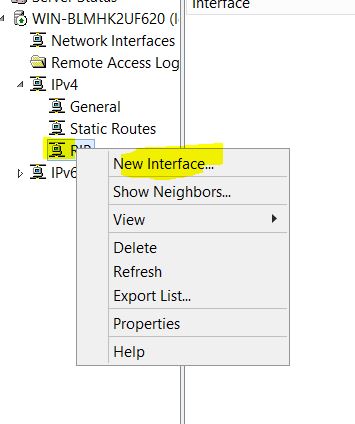 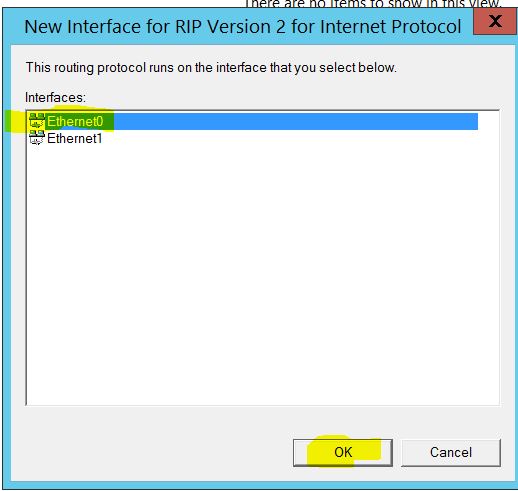 Now, I’ve setup 3 nodes(two nodes(Prd) in 1.x and one(DR) in 2.x) and installed Failover Cluster feature on all the nodes and disabled all firewalls.

Do find all my NIC settings from all my nodes at the very end of this post.

Please refer to my earlier posts on how to create a cluster under “Clustering category” for detailed steps. Below are the steps at a high level. 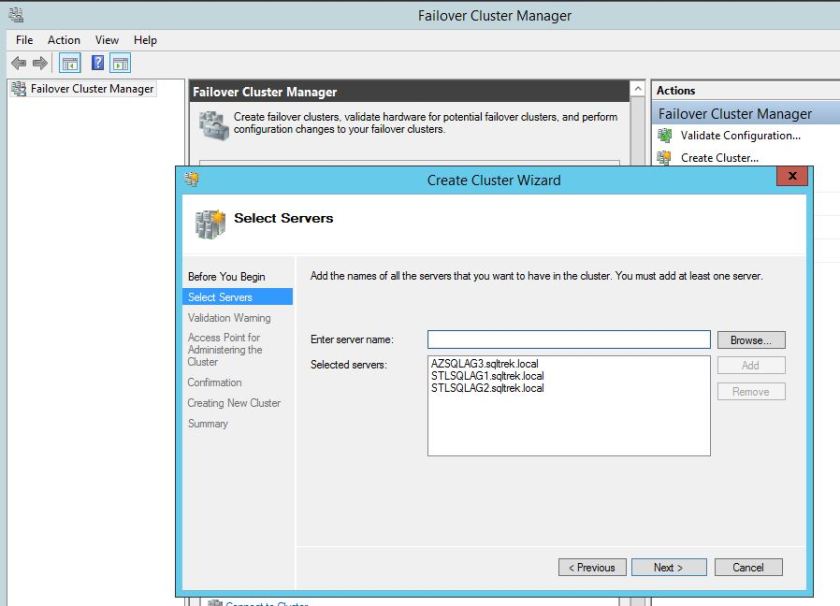 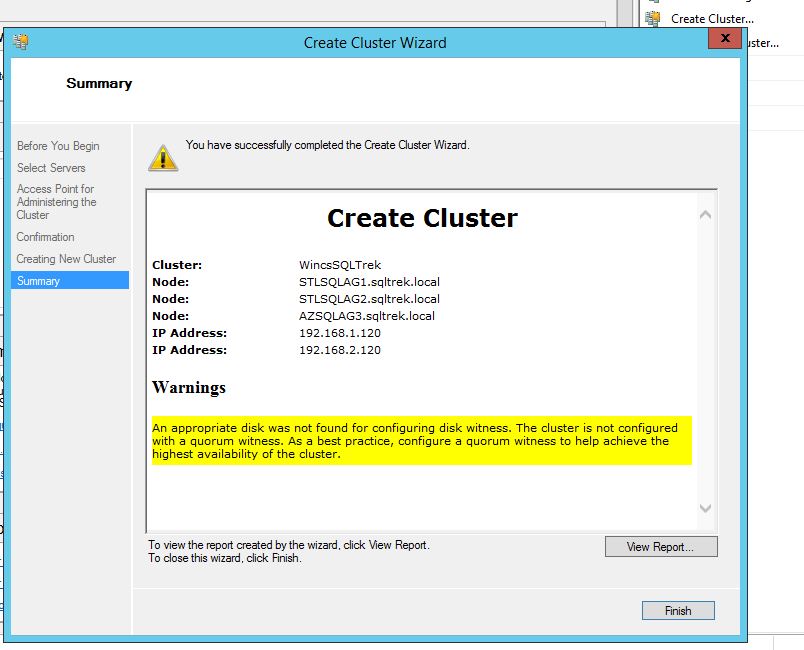 Now…My cluster is ready, but it’s missing Quorum which is very critical for a cluster to be healthy. For that I’ve created a File share witness as Quorum.

FYI, NIC settings from Cluster manager are shown below.

NIC settings on all of my nodes: 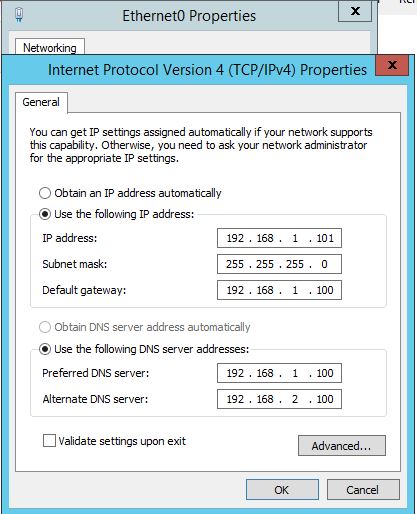 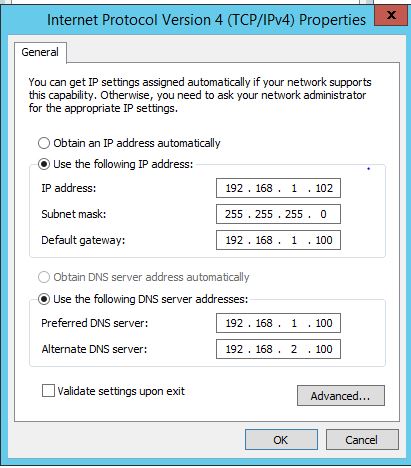 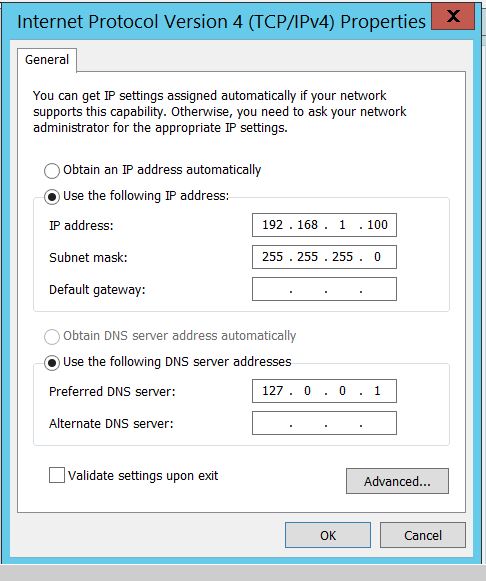 In this post we’ve seen how to setup a geo cluster in a lab environment. So, this completes the prep work needed from Windows stand point…Let’s see how to create AGs and Listeners in our Multi Subnet environment in next part of this series.

Now that I’ve created a windows cluster and installed SQL server on all the three nodes(Part 1), I am ready to configure AGs. Below is the screenshots tour.

You can see  a new option “Database Level Health Protection” (In CTP releases It had “Basic AG”and “Per Database DTC Support” options as well.). Now, on Enterprise/Eval/Developer editions, all we get is above option. If you are trying to setup AG on standard edition(Wait till RTM gets released), then You should be seeing an option for Basic AG(Well, only Basic AG can be configured on standard edition)

So, what’s DB level health protection? If one of your databases in your AG goes offline or becomes unavailable for some reason, entire AG doesn’t get impacted.

Here’s the bonus, Now we get 3 Synchronous(Automatic) replicas and Active secondaries are Load balanced with your routing list and also distributed transactions are now supported in 2016 AGs 🙂 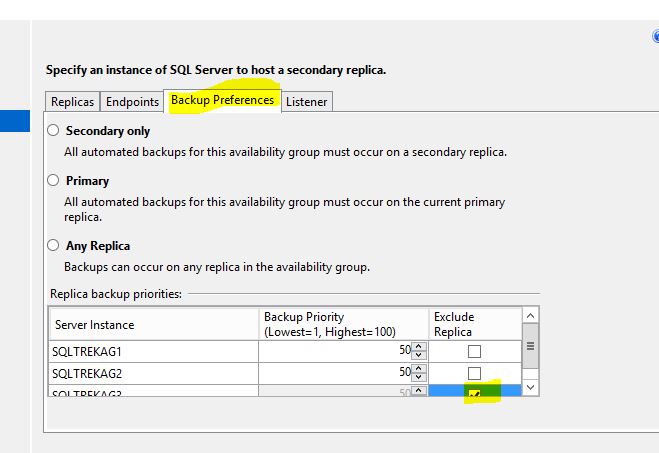 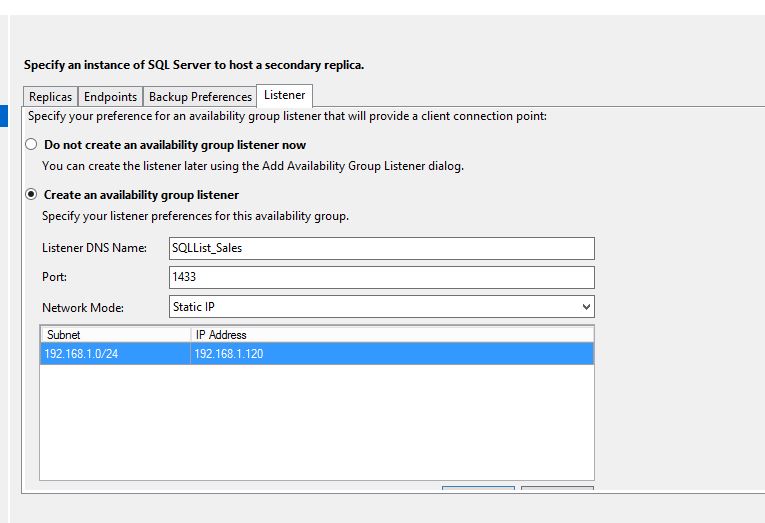 Below are the corresponding CNOs/VCOs/DNS records created in my AD.

This is a quick guide on how to configure AlwaysON AGs on SQL Server 2016. This blog post isn’t a thorough walk through, My goal in this post is to show you guys what’s different in SQL 2016 comparing with 2012 or 2014. (For detailed information on how to setup AGs in your own lab, please refer to my previous posts on SQL 2012).

First and foremost, I’ve built a windows cluster with 3 nodes(No shared Storage) for setting up AGs(See below).

One thing you might have already noticed, all our management tools and Data tools has a separate link to install. Well, This is a huge change(I would say improvement, YMMV), in earlier versions we had option to select Client tools when selecting features and IIRC data tools was a separate download all together in SQL 2014. 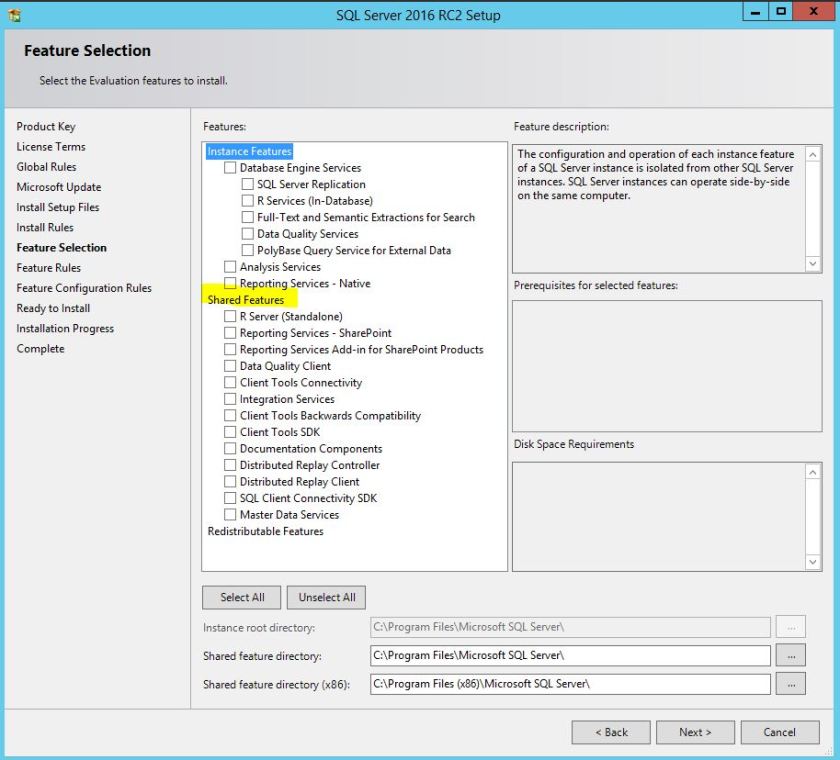 As mentioned earlier we no longer see client tools(basic and complete) in features selection.

Choose your dirs and if you go to tempdb tab, you can see that now SQL Server is smart enough to identify number of CPUs on the box and will choose number of data files for your tempdb.

Everything else should be similar to what we had in previous versions. Now after performing a standalone installation successfully, you can see SSMS hasn’t been installed.

All I had to do was double click setup.exe and on Installation tab, select “Install SQL Server Management Tools”and……Oops!Bummer….! Did I already mention, you need to have Internet connection to be able to do this. Well, see below screenshot carefully again.

It downloads an 815 MB file(SSMS-Setup-enu.exe), now that’s the media for installing SSMS and other SQL utilities! Store it in your media library, from now on we don’t need internet connection.

Run that executable…I got a warning about shared components already installed(I am good with that) and next to Install. That’s it! 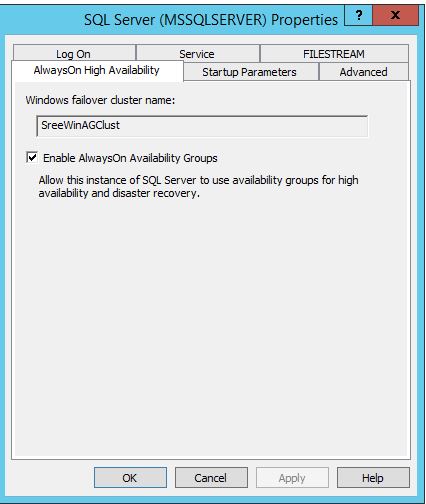 I will install SQL by performing the same on all the three nodes and will come up with part-2 later where I setup an actual AG. Cheers!