So…now you know what you need to begin with. Then it did checked setup rules, then asked me to select the Version and blah blah, selected features without any Issues as shown below. 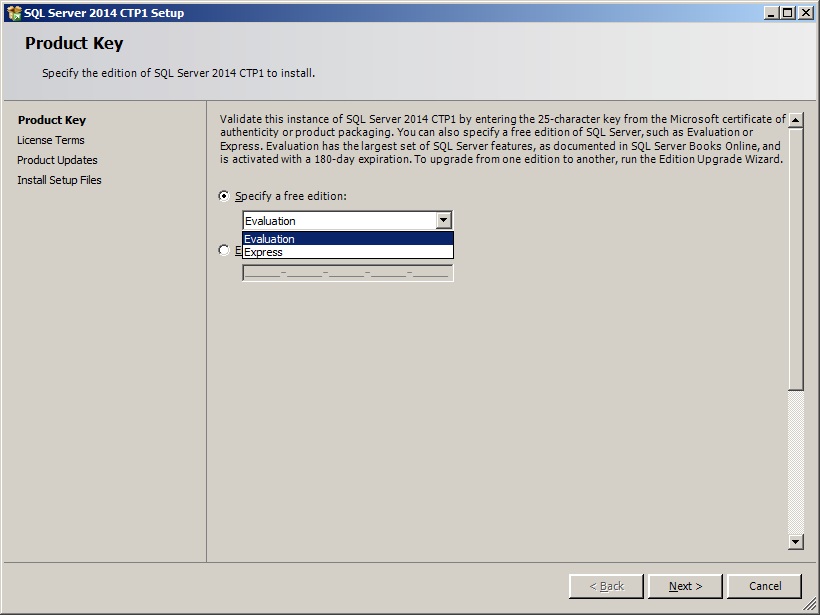 Well, I went ahead and enabled that feature and continued the setup. This time everything went well…

I’ve selected my data directories…From here on it’s just matter of clicking Next->Next. Viola! It’s done after 15 mins or so…

Install it for yourself and get started playing with brand new features of SQL Server 2014 🙂 Have fun…….